Who are you? (asked a voice from the past) 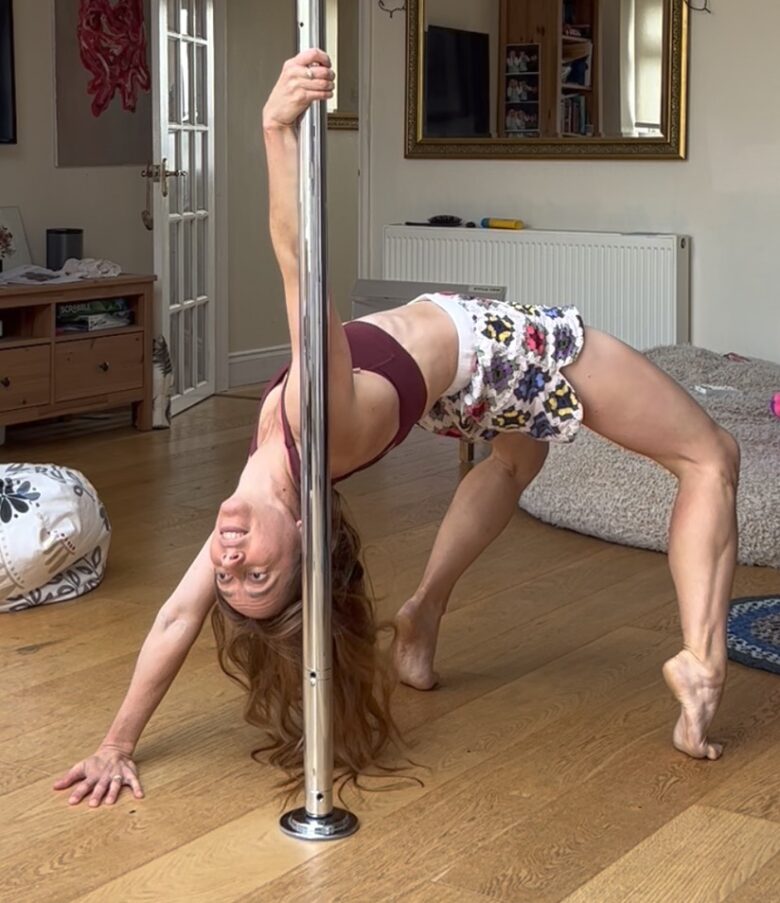 My 25th High School Reunion is in a month – I won’t be there as I live half a world away (literally) and that commute is just out of my price range. It doesn’t mean I don’t wish to be there. I do – and I’ve been following the various discussions online…

Yesterday someone posted one of those nice ice breakers:

Post three words about yourself – how you were then and how you are now.

Well. Good grief, how long do you have?!?

In High School I was nothing, a no-one, not part of any ‘in crowd’. I did my best to hide and just exist. It was not always miserable, as I did do music and speech club – they were great! and I was part of the Strategy Club. (by the way, Strategy Club boys – you were excellent, even if I didn’t realise it at the time. I wish I could thank each one of you for even talking to me back then) but there is no doubt I was a wallflower. I did not go to Prom. Nobody asked me. My uncle rang me up on my 16th birthday and said down the phone ‘sweet 16 and never been kissed’ he meant it as a joke; I cried. I wore XL clothes to hide; my body, to hide ‘me’. Yeah, lots of issues.

I’m now nearly at the end of my 48th year going round the sun. I had plenty of time to think – as an only child. As someone not going out back then. As someone with that perfectionistic, over-achieving, ridiculous whatever it is – is it the American dream? Or is that what American children are (or were) supposed to be? (I won’t attempt to go there.)

Fast forward a few decades, and let’s think about the ‘who are you’ question.

Yesterday someone at work stopped me and said: You are fierce. –and that’s a good thing. I mean people look at you and think – that’s Laura Ritchie and she does stuff. Tenacity, power, resilience. -and smiles, and optimism, and a lot of YES. You have so much energy.

Someone else actually said to me: You contain multitudes. (and that was the best compliment ever – even if I was just the opening chord –it’s a 10th btw– from that particular Dylan song, I’d take that!)

I do have a well of it, of multitudenous energy and optimism, that comes from somewhere-  I’m not sure exactly where. Maybe the sun or the moon or even the stars fill it up when it gets low, but when I really need to look, and I take the time and find I am weary and hang my head down to look, there is a glow deep down, reminding me there is a light from somewhere. So yes, I have energy and I do indeed do things. – beside my job and beside my cello.

I run. I’ve run about 1200 miles a year for nearly two years (on the trot? Two years running?) Whatever the phrase, I need to get new shoes as I’ve done 900 miles on my current pair. (Maybe I should make running posts and some company would give me shoes?? I’m sure there’s ‘mileage’ in that ! Anyway….) 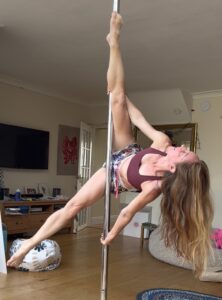 And you know what else?

Crazy (or surprising) as it sounds, I have a pole in my house and I’m pretty good at that. (yes, a pole for athletic/dance moves, not to keep the roof up) I am pretty good at the spatial-temporal awareness stuff, and I can just look at a video of someone else doing it and then do the stuff myself. (Of course that is if I can do the stuff. Sometimes there is a fair bit of figuring out, or of working toward stuff I’m not yet strong enough, or don’t yet understand the balance of, or whatever it is to do it correctly and without falling off, but mostly I can see it and do it.

Having a pole is like having a vertical, compact playground in your sitting room) I’ve still never had a lesson and I KNOW I could improve my technique – but it’s not for the public, and I’m not out to be perfect at this stuff.

What has happened between then and now?

I got comfortable with me, and it just happens part of me is doing this athletic thing, and I’m good at it.

When I was 18 or 22 or even 26 or 32 I would not have said that, in fact I would not have dared do any of that. It has taken decades for me to be comfortable in my own skin, and now – I am. (Those are two small words, but they are a big deal) And no, you don’t have to look like me or like anything or anyone in particular to be comfortable being you. Just you. That’s enough.

So yes, this is my fun hobby, and this is what nearly 49 looks like (for me. I realise we are all different), and yep, those shorts do look like something my grandma crocheted – they are fun too!

In response to the High School people, I am fierce, smiley, and joyfully electric. I believe beyond any doubt in the power of possibility for people (wrote a book about it in fact… Yes I Can. -it’s not about doing crazy things, it’s about finding YOU, in your way, believing in YOU.)

Hope to catch up with those who would like to after all those years. Especially those Strategy Club people. You were honestly great. Thank you for not judging me back then. …and I still have that pink obelisk you all gave me… I’m not sure if I ever had the courage to thank you for that gift. Sincerely, thank you!