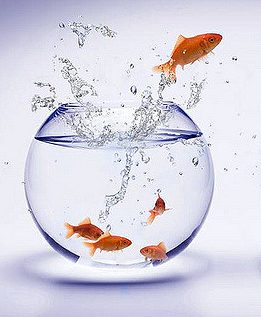 This is Black History Month and I want to do something. I’m not Black and so I don’t share the first-hand experience of Black people. I think it hit me why everyone (certainly in America) needs to celebrate this month and to learn. It’s because this isn’t about ancient history, this is about something that people carry and deal with every day.

Text books don’t teach you what it’s like to live in a world that challenges some but not others. I first learned how much I didn’t know from a great preacher, the late Rev. Hycel B. Taylor, in Evanston, Illinois. I was drawn there by the music and the preaching. There was freedom in that music and such rejoicing and a sense of purpose and hope. Those years taught me just how much I didn’t know, and that I couldn’t know in the same way as living someone else’s life. For me I go back to analogies – I know what it’s like to be a foreigner in a new country, and I can tell you, but you can’t really know unless you live it.

It is hard to see when you’re in it. Let me give a couple of examples.

1. I don’t watch a lot of TV, and am quite out of touch with it really. A year ago my family were all on a long-haul flight and we decided to watch films on the plane… It was December and I put on Home Alone, remembering it was supposed to be funny. I was absolutely shocked at how white, nam-centric, derogatory, dysfunctional, stereotypical… the list could go on. My son kept asking why is the dad talking like that? Why is the brother so mean? Why does that girl whine like that? Thank God it was very foreign to him. How was this normal and thought of as a good film? Somehow I remember the film coming out and being popular and great – the bias, the prejudice, the definition of roles and people – it is all around us and we don’t know it.

2. It isn’t always like that. My son came home one day talking about his friend and I said which one is he? The one with curly hair was how he identified this boy. It took several days and finally being pointed out for me to figure out which of the 30 in his class he meant. This boy did have curly hair, but also had dark skin. My son could see his skin, that was obvious, just like my son is super pale, but it wasn’t the defining feature of their friendship.

3. As a person I am many things, friend, mother, lover, teacher, and a part of me is American. I grew up there. The day after the Brexit vote happened, someone said to me – why don’t you go home! My reply was, but I’m British. On that day, they couldn’t see beyond the one part of me that was foriegn. It is when people define others by only one aspect, and decide that they are THAT, whatever that is, that’s when it all goes wrong.

Racism does exist. We can learn from the wonderful children who play and see each other with all the components parts. They are allowed to be who they are. Black History isn’t ancient history, and the day when people can cherish and celebrate each part of their identity is yet to come. There has to be a willingness to see the air we breather and to want to change, because a lot of it is polluted. You can see examples of resistance to changing what is obvious in all aspects of life from mass-produced goods that exploit workers across the globe to the impact of our convenience lives on the climate.

Someone recently shared this advert and later suggested that if people wanted to do something for Black History Month, maybe they should go learn something, especially if it is not their history. The 3 min video made me think, well a lot, but particularly brought to mind the times I have realised that I didn’t see what was around me. I want my children and their friends to grow up in a world where they see. Yes that means change.

(warning: there is strong language in it. DO watch it, it is only a few swear words)
http://i-lovebeingblack.tumblr.com/post/170364430014/intrepidinsanity-is-there-mercy

Watching this made me think of my own wake up calls. Bear with me for one more analogy (I’m a very visual person). When I watched this I saw the image of a big tapestry being woven, so big it was automated by a giant machine- I couldn’t see the machine but I could hear it, and I was aware that I, myself, was holding onto a thread – like a rope – and could just catch a glimpse fo the giant needle as it dove in and out of the threads. Weaving with great speed. Holding on. I don’t want to be a part of that tapestry. 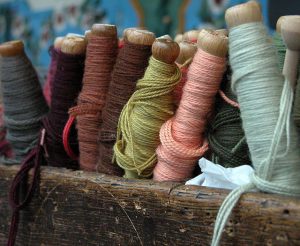 If you haven’t already, it’s time to let go and stop perpetuating the machine’s weave. I would really prefer to author my own life’s tapestry, and you yours. We may have to pick up some thread from the floor, and I’ll sit here and untangle a bit while you weave…

It may be a convoluted image, but it’s my effort to step out of the fishbowl.

Thank you to Sherri Spelic for her kind and constructive advice on this post.