The Delay, The Wheelchair, And The Northern Lights 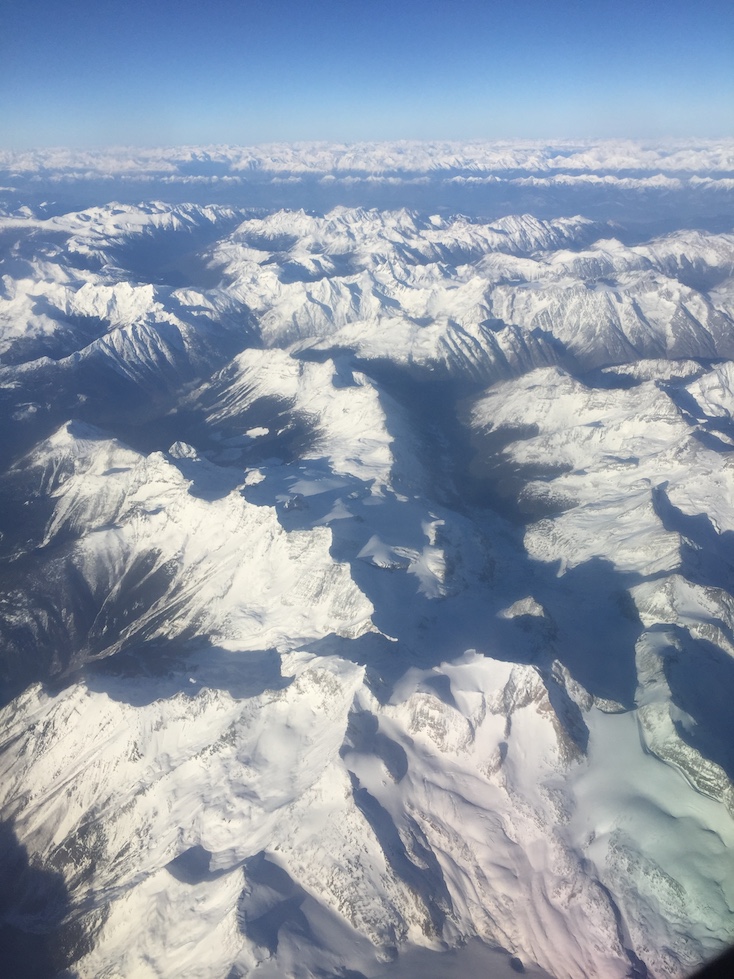 Booked in to fly from Kamloops to London I was sad to leave beautiful friends, but eager to see my family again. I spent time in the morning soaking up the surroundings one last time, and all was well. The taxi driver and I talked about London, as he grew up there, and all the changes that have happened over the past 20 years with the roads.

It was only a 14 minute delay, and heck, they sent an email about it. No worries.

but then, another few minutes, and then a bit more, and then we took off. The land was too beautiful to think of delays, but as we came in to land in Calgary, over the loud speaker came, “We have a passenger making a very tight connection to London…” Everyone was lovely and let me right to the front to get off first, but then…

came onto the airport and said that my connecting flight had completed boarding and I was not going to be on it, nor would my suitcase. I could discuss options at the desk…

*sigh* ah well. nothing I did, and no sense being bent out of shape.

Options… go 5 hours later, but still tonight, to a different airport in London, with a different airline, or go tomorrow night via another city and then get in even later… or go tonight, but end up at a different airport. (did I mention at this point I’m really tired? -not from delays, but just from a week of busy and jet lag)

ok, yes please. I would so love to get home as soon as I can please.

So they gave me a printout and instructions. Collect my bag, go to checking, get a ticket for the plane tonight. I can do this. So this is when the good things start happening. Is it because I was looking for them? Maybe I was open to them? Who knows.

Some man at another checkin desk helped me to send a message home because my phone wouldn’t connect to the internet, so he made a hotspot and I got to tell my family not to freak out when my flight arrived and I didn’t.

check in. that was next.

There was nobody there. Well there were two people in a line, but no agents. A family came behind me- a young couple and an older mother in a wheelchair. She didn’t speak English at all, but they did. The couple was off to LA, and mum was going home to Istanbul, via London. They were agitated as they had an hour to get through customs and catch their flight.

We have to go through security, but we can’t just leave her. How is she going to push all that stuff?

They were so happy. The mum had a handwritten note explaining her situation and that she couldn’t understand or speak English. I said as long as she is happy with me helping… all good. The couple went off and the mum and I smiled at one another. Small talk isn’t really an option when there is no language to use. That was no bad thing, as I’m pretty awful at small talk anyway.

To cut a long story short, she got checked in and assistance was all sorted. I gave her a hug and she kissed me on both cheeks, and I went off to get my own seat.

It was moving how thankful they all were considering how little I did. It was so simple to help. I was glad I did.

For my next flight, I bagged a window on the north side of the plane. Here’s hoping for Northern Lights. Fingers crossed!

I am so going to regret not sleeping, but heck, I want to see the green sky tonight. -and I’ll get home tomorrow. It might take a bit longer, but it’s pretty amazing that anyone can jump over half the world in a night anyway. What’s the rush? …and a delay gives me time to write about it. I’ll even have enough time for a nap before the flight leaves.