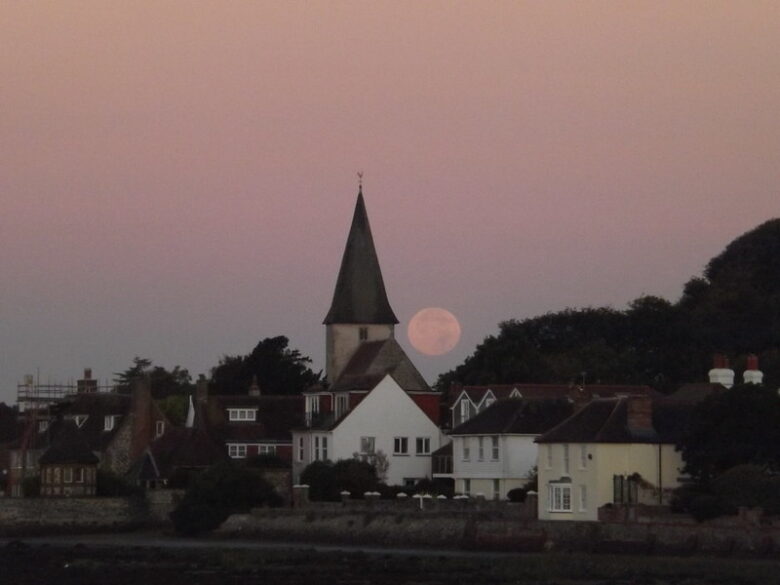 You know, I wake up early. All summer I caught the sunrise and it was wonderful. There is something truly sublime about the dawn and I very much enjoy being here in the countryside and waking up with the birds and the light.

Yesterday when I woke up I saw, out the window, the setting full moon – it was in fact full, and was also the Mid-Autumn Festival (not so celebrated in England, but in many Asian countries, and it’s all about the moon). Living by the sea I thought maybe I’d catch the moon setting… I did once. (the featured image on this post is an image I took in 2015)

The moon was darting in and out between low-passing clouds, looking something of a cross between a typical Haloween film and an enchanted evening where you could dreamily walk along the path to the sea by the light of the moon. I threw on some clothes and was neither scared nor pausing to consider the finer nature of humanity and the world, but walked – letting my legs lead me through the darkness.

It was really dark actually, and I was aware that it was also warm. There was a sort of blanket of ‘pleasant’ that surrounded me as I walked along that one road between my house and the sea. If I just hurried, I could see if the moon was still there. It was still before 6am, and all was quiet.

There’s a funny feeling walking in the night in the dark. Not many paces after I left the house the moon must have slipped into the low cloud base, because it shouldn’t have been dark at all with a full moon (there are no street lights here), but I couldn’t see for sure until I had come out the end of that street. So I just walked quickly and deliberately to get to the sea – I know the way and the road is wide; I wasn’t looking down or anywhere in particular. (it was dark after all!) I was aware that my feet were going and I led with my head, like a toddler walks, almost led magnetically. There was no particular awareness of the rest of my body, and it was so dark that I couldn’t have seen where my feet fell even if I looked.

At the end of that road, there’s a little path between the houses that leads to the sea. As I came to the end of that, extremely suddenly and without any warning a cyclist came by quite quickly. I imagine they were on an older bike, one with a curved metal fender over the back wheel, because something was slightly jangly and reverberated as they went over the paved road. It was a sudden whoosh and a sudden sound that broke that blanket of stillness. I don’t think they even saw me as they zoomed about 5 feet in front of me. As they passed, a wave of adrenaline washed across the inside of my torso in the direction they travelled – like pouring water over a washboard- not particularly a cold or anything like water, but definitely being covered with a thick and sudden wave of shock. I don’t even think I paused walking, just had that moment of ‘wave’ blow through me and they were gone. There was no sense or reason to stop, and I still wanted to catch the moon.

Arriving at the sea and there was no moon to be seen. Different greys splayed out in front of me and deepened to nearly black at my feet. I heard the hum of traffic on the big road to Portsmouth like a low static in the distance, and beside that – nothing. Typically of me, I took a photo (below), intending to show the footpath sign against the black sky and all the gradations there were, and the moon somewhere behind the clouds, but it only came out as a black square.

I suppose it can still be a great picture since you know the story behind it. You just have to close your eyes and fill in the details in your mind. 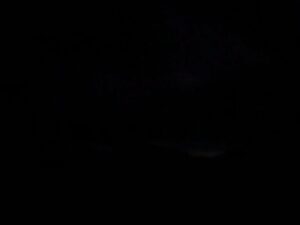