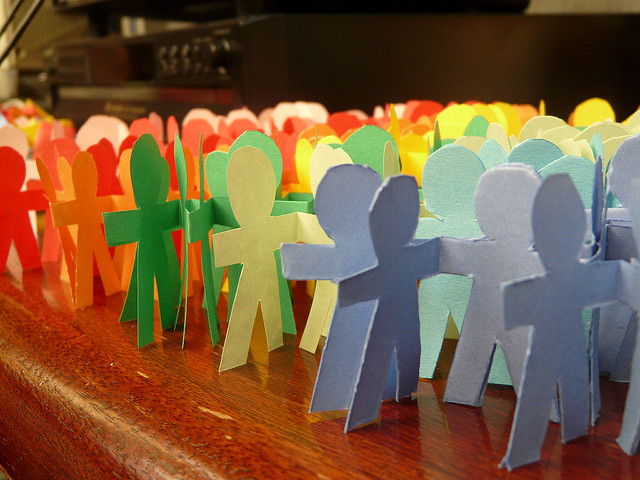 When my friend from Mastodon came to lunch, the words lifted from the page, they grew tall and full of expression, and intent. They still had the same cantor, the pauses, and even the steady gaze I had somehow come to know, but this time they had breath in a new way. They were tangible, no not tangible – audible, yes, audible. The words less tangible than those on the screen, less permanent, but the person more so. The words drifted like music playing in real time, unfolding as they were spoken and then drifting off, but the connection was there. I found myself saying – what was that – can I write it down, how do you spell it? There were things I wanted to hold on to – even though they had already drifted out to sea on the breeze. What a funny crossover there is between expression in the moment and the semi-planned semi-stasis that communication via printed text can offer. (featured image CC BY-NC by Emily) (post is about an 6 min read)

I am talking about my friend from far away, the one (well, one of the ones) I had never met before, from Mastodon. This actually seems to be becoming a habit. I’ve met several of them now, and I wrote about one of the other meetings in April. This one was different again. and I think (and hope) every meeting will be different, just as we are different in and of ourselves. I like it that way; in fact, I love it.

This is not a post about that friend, or about what we said, but more of a musing on the music of interaction, and how some things (and at present – people, ways, and the thing of Mastodon) work together to facilitate space. Room for growth, change, and blooming.

This friend and I walked. We walked through an ancient church yard on the way to where we were going, and there was great care for those who have passed- with centuries old engraved stones, and freshly blooming flowers springing from the ground amidst the ivy and the yew trees. Care for them where they were laid to rest, and for the living, to help those left behind to manage what is not here and the differences that we (or at least I) cannot comprehend.

There is the being, the physical presence, and then knowing, and they are intertwined, but separate. Take illness as an example. We are all too well aware that at the whim or weakness of the body, when fatigue or worse takes hold, all stops. The runner with a cramp must stop. The child with a fever must stop. But our minds do not always stop. Sometimes they go and go in all directions. Oh it is difficult for me to reckon these things. So when confronted with a person whom I had known only in my mind – well, in reality, but not having exchanged words through the air, or shared the same space at a table – and then having that person arrive as normal as the neighbour calling in to tell me about how the beans in the garden are getting on. Well that was genuinely a remarkable experience.

The thing was that it was completely not remarkable. It was as if it had happened every Tuesday, or Thursday, or both, but not at all unusual occurrence. As I heard the car door close outside, I shouted from within the house, ‘The door’s open! You’re in the right place!’

Of course, we already knew one another. Being. Being is more complicated than Sartre pricking his hand in Being and Nothingness and seeing it bleed. Gosh, what if he could envisage the way we communicate now?

Mastodon: A space represented by a mastodon, that was a giant creature that was, and is no more. Is that a bad thing that it is extinct? Well if you want something permanent you could choose a cockroach, but really the majesty of a giant elephant-like creature gently roaming the earth has a certain wisdom, and hints at a communal memory in a way that is attractive to me.

This space, Mastodon.social has been an exploration. I came there along with others with no particular expectations, and no particular judgements, and everything that happened was done with a sort of gracious hospitality – it was like we walked into someone’s home. People arrived, they sat down (virtually of course), and it was like a coffee parlour or picnic area and it didn’t have a brand or an association in the same way as people broadcast accomplishments or their research on other platforms to influence work or job prospects or fame or whatever. This seemed to be about the people themselves, and it attracted all sorts of people – young, old, employed, unemployed, ones with fancy degrees, and ones never intending to do that sort of thing, lots of people. All of the people live their lives and interact by sharing different glints of reflections of their lives in this house-garden of a picnic area type place.

Of course not all. There are hundreds of thousands of users of this platform across many instances (there isn’t just ‘one’) and I only interact with a couple of dozen people on a regular basis. However, it is the way these interactions have formed, and the quality of the interactions that is so interesting to me.

People can communicate more than… more than an isolated thought. More than can there is an active engagement with the opportunity to use the possibilities afforded in communicating. Whether that is 500 characters, using a label to mark something that perhaps others may not be interested in, or using a label so as not to trigger someone’s stress levels. For example, what if, on other platforms you had to choose to read a post that was about politics, because it was hidden behind a label saying ‘politics’. Wouldn’t your day be better already?

Time is ever passing, and yet it is always now. I love that we have now forever. Sometimes there is a sense that actually we need to hurry up and do it all, do it all now, reply now, read it now, know the answer now. Sometimes I don’t know the answer ever. In these interactions, there is time, and somehow it is not so important to be immediate. There is an allowance for people to take a day or a few days to digest, comment, and maybe revisit something from another time and place. I do not think this was something ‘written in’ to the platform, but something that has grown out of a number of circumstances, including the people involved. We are a global community, and as this is about people, or whatever they want to make it, whatever is important to them – that isn’t always something in the 9-5. And besides, my 9 may be your 5 depending where on the globe you are. People have busy lives and responsibilities and to have taken the time to communicate is not an obligation. The nice thing is there is a generosity to both giving and receiving a reply or a comment.

Something new? Oh, change can be difficult. Growth can be a pain – just ask a child getting a new tooth. Connections seldom happen like a chain of paper dolls, but in fact they are chaotic and shift from balance toward new forms as new currents form. Watch the galaxies (it’s only a short vid) and how they spin, and pull, and even get torn apart when joining a new one. I would dare say that isn’t how they planned it, if they could plan it at all. I imagine mixing a tea party with a racing car, and watching the china fly and the tea spill, and the driver with a cake-filled helmet. Fun and tasty, but you have to be open to the possibilities.

In life it is not always quite that messy and sometimes forming connections can be quite subtle. Sometimes we don’t see connections coming, sometimes we don’t see the opportunities, and other times we are held back by ?? by something. I would not like to say convention, but yes. Rules, assumptions, our own fears. Remember, those walls are not real. Oh it sounds cliché, but really, the walls are usually there because we put them up.

In this space I have been privileged to be part of the fabric of whatever has formed, at least part of one of the patchwork pieces that has formed. What does the whole of the quilt look like? I don’t know, and perhaps there are branches or segments that are very different from the one I know. However, I would like to think we have more in common than what separates us and I continue to be bemused by the differences and the nuances between modes of communication. I enjoy watching the ever-growing networks of genuine connection develop and intersect. 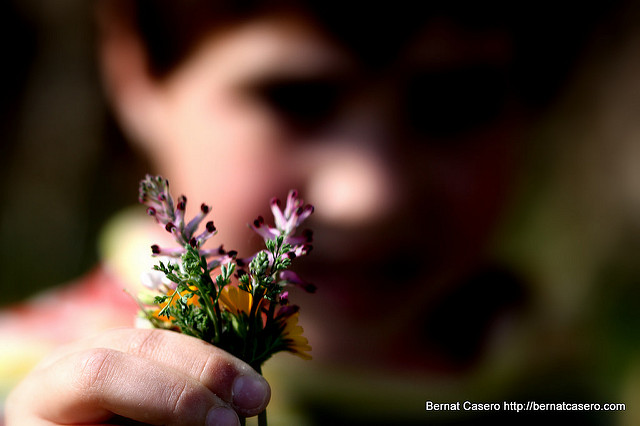