There’s a Mastodon in the room. 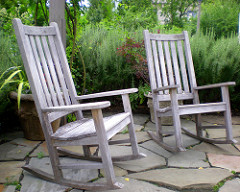 Pull up a chair. This is an invitation the the first impromptu, un-conference to be held for educators, learners, teachers, people, and well – for you. Where, how, when? (2 min read)

It will be held on Mastodon. Mastodon is a relatively new platform that was introduced last November by a developer called Eugen. Please don’t switch off at the mention of a new platform – give the idea a chance and read on – I’ll be brief, promise. It is an open source, chat platform that appears to have many similar features to a commonly used bird site, but there are differences. A small group of academic-tech-friendly-type people happened to find Mastodon when it first came out and it was the strangest surprise party where people from across the globe met on what happened to coincide with the American Thanksgiving weekend – so people had time. -perhaps that was why it began with such a flourish. The door is open and ‘us’ is inclusive –

This community feel, has been described by users as a coffee house, or parlour where people could wander in and out freely, and there is always seemingly a chair at the table, no matter how talkative or quiet you are. That community feel is worth building, ESPECIALLY at a time like now, when there is so much noise and angst about. This is not to suggest ignoring current events, no no no, but we as people, as teachers, as learners, as humans need to still live and nurture hope and the spark that sustains us.

So please join in-

Mastodon, as a platform, has been developed, and continues to develop in response and conjunction with it’s user community. Want a new privacy feature – suggest it, and like magic, it happens. Want to sort how to tag/follow/thread a conversation? Let’s hash that out as a collective and if you can code, jump in and suggest specifics. Now the nature of development is a high-end feature that separates Mastodon from many other platforms, but there are also practical differences that work on the ground level.

A big difference is 500 characters instead of 140. Sounds simple? Remember many of the greatest inventions are simple, and with hindsight seem terribly obvious. 500 characters gives space to provide context, space to tag a dozen people, space to explain without endless strings of 1/ 2/ 3/ with half sentences and using every replacement character – instead of forcing ppl 2 go w/out, ifysim? It becomes a conversation, and feels like a c o n v e r s a t i o n where people pause to digest, breathe, and perhaps have time to consider before replying. Within the education people there is certainly an aspect of blue sky thinking, and because the community is, as of yet, small, there are very valuable conversations happening across a range of topics – from daily happenings, to ponderous reflections on learning and the world around us.

For this event we’ll use the hashtag combining Mastodon and Parler (as in to talk) #MastoParle and you can think of it as the mingle time at a conference or before a concert or lecture or whatever event – that chat time where very often valuable connections happen. 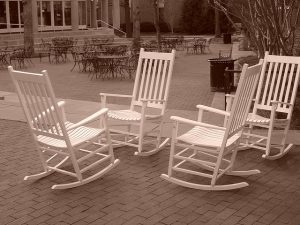 Drop in when you like, say hello. If you are completely new, use the #mastoparle tag and hopefully someone will welcome you – don’t be alarmed if there isn’t an instant response – remember there is breathing time in these conversations!