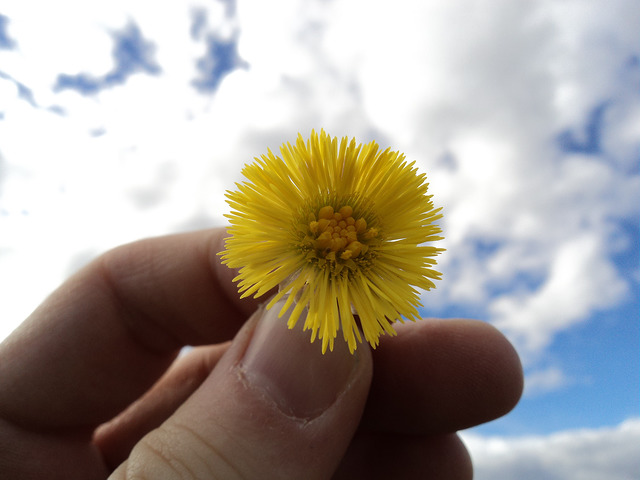 This is a thoughtful post on the nature of motivation and how changing demands and perceptions of life the world and everything affect it. 3 min read.

Some days things are hard. Some days things are easy. The summer sits somewhere between stillness and chaos and both the trickiest thing and the most wonderful gift is the lack of schedule. Working in academia means that there are cycles – semesters, modules, exams, students, tutorials, and then when it’s over, it’s all over and like water evaporating in the summer sun, everyone disappears. The commitments do not go, just the externally imposed structure and constraints of fitting around classes, meetings, and other people’s commitments seem to dissolve. Fantastic! -or a nightmare?

Sometimes by the end of a term it can feel like this:

But when it all stops, the stillness is sometimes unsettling. There is nobody telling me to do something, yet I have so much to do, and there is a need to rest as well. Recharging to prevent burnout is a real thing. So what of motivation? There are philosophical thoughts on moral motivation – Socrates argues that “we desire only what we believe good, even when we pursue pleasure” , whereas Plato says it is the ‘better desires’, which are for beauty, justice, and good. Then (much) later, Maslow (1954) said:

…we may still often (if not always) expect that a new discontent and restlessness will develo, unless the individual is doing what he [or she], individually, is fitted for. A musician must make music, an artist must paint, a poet must write, if he is to be ultimately at peace with himself. What a man can be, he must be. This need we may call self-actualisation… It refers to a man’s desire for self-fulfilment, namely, the tendency for him to become actualised in what he is potentially.

I can relate to this – sometimes. Yes, as a musician I must create, but I don’t think I need to make music per say. I can express myself through a number of different means, and I am sure it isn’t so simple as saying that you or I are just one thing.

Sometimes that draw or lure to do and become comes from within and has no seeming roots or basis in any external reward, force, need, or reason, and other times it does. It was like that with me and the cello – some sort of magnetism, almost like gravity, but it is only part of me. There have been many different pulls during my life and likewise there are times when there is a void.

A friend recommended I listen to the music of Emily Wells (for something completely unrelated to this post) and I found her Symphony 5. It expresses a tangible mix of that inexplainable drive toward something and the occasional blistering void that happens when motivation leaves us (or when we don’t recognise where it is). The lyrics are:

Dont want to go to sleep tonight,
cause I dont think Ill survive, without
Symphony, number five
Number five you were on my mind for three days and three
nights, never knew I had it coming.
I laid down in the street for you,
Taught the neighborhood how to creep for you.
Said a few things, lovin lovin life.
Set aside my pride and my strife.
Then I got up and I went to school,
Practiced till my fingers turned a shade of blue.
Learned how to love it, even when I failed.
Though Ill admit it, I railed.
Yeah, there were days, throwin up my hands like a woman on plane, comin down, screamin down, runnin like rain

“I railed.” The last time I railed I looked for motivation, it included seeking validation or encouragement from other people, and that’s not where it’s at. Sure, it helps. You can be inspired by others, but at the end of the day you are the one who gets up and does it, no matter what other people think.  I think that when you can turn the motivation away from the outside and focus on the inside – on some of that fulfilment Maslow talks about, on some of those ‘better desires’, and somehow also hold on to the passion of being so committed to whatever it is that it permeates even your sleep – then who knows where you’ll end up? I mean that in the best possible way –

There was a great tweet from one of my favourite bots:

But what a fool believes he sees…

and that tweet has more truth in it than being just a quip. We create filter-bubbles (see this TED talk by Eli Pariser) and yes, there are societal rules, but to a large extent, we do create our own realities. Where am I going with this? Howard Rheingold recently shared an article from some time ago about waking up and snapping out of the societal treadmill, and getting back to creating and curating our own realities. I’m not sure I want to re-create society, but in finding motivation that wells up like a spring is refreshing, liberating, and somehow perpetuates motivation. It’s like yoga teacher, Vytas Baskauskas says – it’s about rolling out your mat every day. Every day. I am very happy to have this as part of my reality. There are not enough hours in the day, it’s 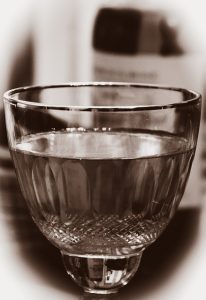 true, and there are so many wonderful things to do. I hope you too are creating something wonderful, using what you have and what you are to be or do or know. I need to sign off now – stop musing and get to it. I know I won’t ever get ‘there’ and that’s not the point. There’s no race. There’s no end. …just now.

I hope your glass is at least half full. (ImageValeri Pizhanski CC BY-NC-ND)

(and what am I doing now? -It’s not all seriousness and writing books, and playing cello, and things – I’m making an ice cream cake, because they don’t do those in this country, and when it’s someone’s birthday, they get to choose. – and then, yes, it’s cello time!)