In the alphabet soup of life 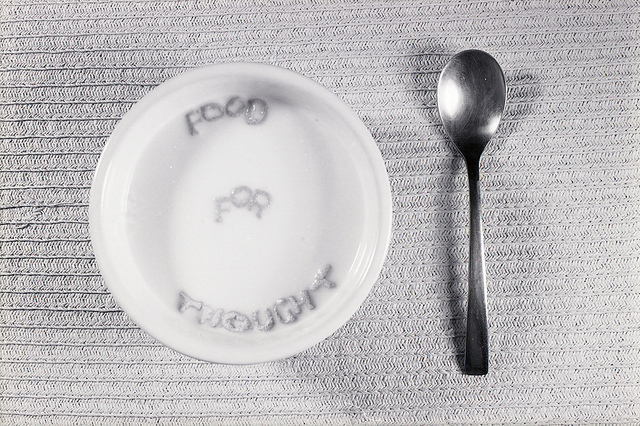 This morning I was inspired by Gardner Campbell’s Downstream Deliverables, where he reflected on two things: the impact of what we say, and the convergence of people who impact or have impacted him. When I read his post I had so much to say I decided it was too much for a comment and that I would write about it –

Firstly words. Words are so, so important – especially when they come from teachers. We have all heard about the pink elephant, or the white bear. No? Well, you probably just imagined one. Wegner, Schneider, Carter & White (1987) first presented the effects of asking people NOT to think of something. I love that. Teachers (and everyday people) do this all the time.

For all of these, we must first think of doing it wrong before we can imagine doing it right.

Another one that gets me- and is possibly my favourite ‘faux-pas’ of all time is the word TRY.

How the heck can you try to do something? Seriously, have you ever tried to make your lunch or tried to teach a class? No. No, you have not. You have either done it or not done it. The magic here is that we do. We choose to do, and sometimes the things we do are partly completed – because we hit a roadblock and need help, or need to learn more before we can complete that task – and other times we do things and fail. That said, it is no bad thing to do and fail – as long as you (like my teacher used to say) get back on that horse. Trying was perhaps the first generation of the very nasty phrase that unfortunately gets used in real school settings nowadays ‘deferred success’. ouch. Personally, I would rather fail and get back on that horse.

I know it is a bit cliché, but no less potent because it came from a film. (Did ‘there is no try’ actually come from this film??? I would love to know because I have quoted it in the draft typescript of my book Fostering Self-efficacy in Higher Education Students and if there is another source, I would love to get that right!)

The other point that Gardner made was about the impact of people, their words, and actions –  and really completing the circle, the cycle, that what flows from one may come back one day. That touched me and I thought YES! I know !!! You are so right!

I had a teacher who touched lives and taught his students to think for themselves and to believe in themselves, and he gave more than he had to give, and in turn the students gave back more than they knew they had. A year ago, 60 of this teacher’s students (past and present) came together as a giant cello family to make music together. We recorded the Adagietto of Mahler’s 5th Symphony – and it is being prepared for release on cd. That event was a meeting of people who have had positive marks left by this one teacher – and we came from across the globe and had many different professional destinations. Each person had grown into their own musician, but we all had that ‘familial’ influence of the same teacher. I cannot really describe how powerful that was in the space of a paragraph.

When in that moment – when downstream and the gathering and culmination of various experiences and paths is delivered to you, – for me that gave me a certain clarity, to perceive the convergence and soak it in. I took from it a perspective on the impact of my teacher, but also of myself- where I had been and where I had come. …and that river is still flowing. That is amazing. Hope to meet you down stream.

That is not really finished, but I hope you’ll agree that was too long to put as a comment.

It is Saturday morning and time for breakfast. I’m off to make waffles.